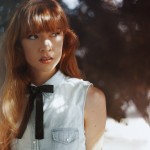 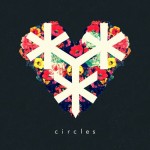 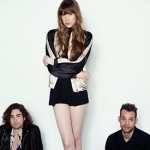 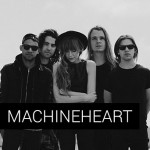 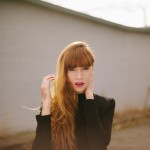 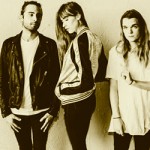 “Being at a show with our fans and people, it’s a beautiful dialogue really, I think that just as much as they come to see us, we come to see them. We need them and their energy to feed off and it just drives the show and it’s very electric and special”

Even in a short phone interview with Stevie Scott of machineheart, it becomes clear that authenticity is very important to her. Whether she’s in the studio or onstage, Stevie’s goal is to spread her message and connect with her audience without distortion. machineheart’s explosive entrance to the scene has been driven by the energy of their fans; to put any sort of filter between themselves and their followers would destroy that symbiotic relationship. It’s an impressive stance for a band based out of Los Angeles, where music is often more driven by what’s popular than a desire to reach and inspire people.

machineheart’s growth has been so rapid that they began touring nationally before the completion of their first EP. They’re preparing to tour on their own before joining Smallpools for a national tour in October, but Stevie was generous enough to join us on the phone for a few minutes. We talked about their goals when performing and recording their music, their experiences becoming so popular in such a short period of time, and their visits to San Francisco. Listen to the full segment to hear what she had to say!