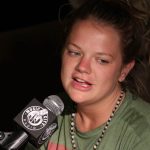 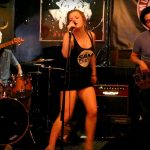 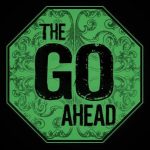 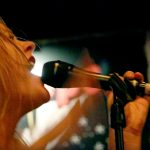 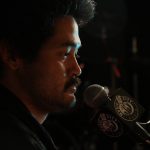 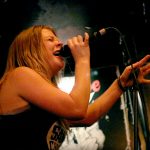 “We always hear the critique that we’re not being captured in a studio recording the way that we are live. What we bring live is more powerful… so now what we want to do is have the recordings be very different from what we play on stage.”

Working with musicians can be a tricky business. Artist personalities can skew in any number of directions, so establishing a comfortable relationship with your band is an under-appreciated task that is both challenging and crucial to finding lasting success. Many of the greatest collaborative music projects in history have been ended due to conflicting personalities: The Beatles, Simon & Garfunkel, Pink Floyd, CSNY, every Ginger Baker project… the list goes on. With that in mind, bands like the Go Ahead are a breath of fresh air. When Kyna and Alex came down to record with Music City Radio to record an interview, we didn’t expect such a great snapshot of the band’s deep bond.

The level of comfort the Go Ahead show with one another comes across in their live performances. Because they don’t have to worry about being on the same page as their bandmates, they are able to let loose on stage and bring forward energetic and engaging performances. Now they are faced with the challenge of capturing that energy in their records. After trying a few different solutions, the band has now decided to try something new; rather than attempt to create recordings to mimic their live performances they’ve decided to go the opposite direction. They’re currently putting together an EP of songs that they’ve had under their belt for a while, but rather than take another shot at capturing the spirit of their live performances, they’re arranging their music with the goal of effectiveness in a recorded format. It’s an astute decision that, if executed properly, could be a turning point for the band’s career. Listen to the full interview to hear about that process and much more!