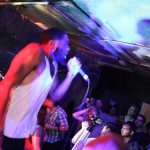 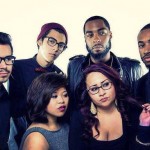 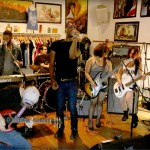 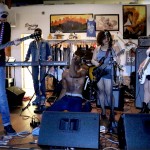 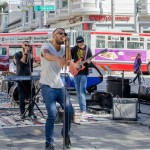 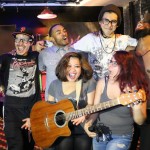 “If I’m just at home and I’m listening to some beats and I write a song, there will be some songs that I feel like ‘this will probably translate really well into live’. I haven’t decided yet if I’ll record it as myself, but I know the band will play it… and there are some songs that I don’t feel like will translate particularly well, you know, they don’t have that. Maybe we can work on it but I just don’t feel like it’s that immediate transition, so I label that more as a PhenomENON project.”

For an up-and-coming emcee, Enon Gaines has a lot to be proud of. His songwriting and solo performances have taken him a long way already; his tracks have gotten radio play, he’s won awards from LA Times and Virgin as a lyricist, and he’s played an extensive number of shows throughout the bay area. Despite his already impressive resume, though, the thing that Enon should be most proud of is the band with whom he’s surrounded himself. His partnership with Unlikely Heroes is a savvy project that takes his indie-rock influenced hip-hop to a new level with live instrumentation. Their energy and cohesion on stage is remarkable, as proven by their victory at the Music City Battle of the Bands in July of 2015 which landed them a spot at the Culture Collide Music Festival.

Unlikely Heroes as a group are every bit as interesting as Gaines. Their arrangements are the result of an extreme variety of musical backgrounds coming together to create an accessible sound that brings PhenomENON to an entirely new level. Possibly the most appealing aspect of the group, though, is the way that they interact with each other. Enon is clearly the band’s leader, but his respect for the musicians around him is palpable. It’s clear that he wouldn’t put his work in the hands of musicians who he didn’t trust completely to do it justice. And just as Enon’s admiration for his bandmates is apparent, so too is theirs for him. For a band that oozes its own personality, Unlikely Heroes shows a remarkable devotion for their frontman and leader. Even from one interview, it’s clear that the group has a family-like relationship that will help them greatly in their promising future. Tune into the full interview to hear them on Music City Radio!